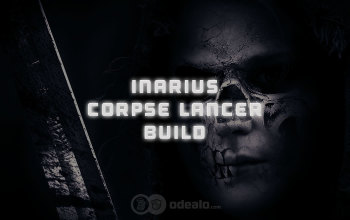 A lot has changed since our article on PTR Necromancer Builds This time we would like to present one of the best Diablo 3 Necromancer builds as of July 9, 2017. This build has made numerous appearances on the leaderboards. It gives you enormous damage output, proper damage mitigation (by Necromancer standards) while being both easy to play, and to gear up. Let's get down to the basics.

This article is based on Patch's 2.6.0 content (Season 11). You can find the best builds in Season 12 in the table below.

Best builds for all the Classes 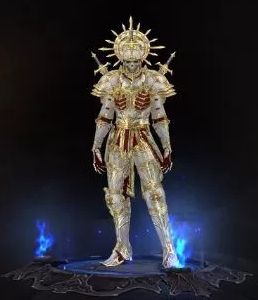 This build is based on Bone Armor and its' incredible bonuses. While wearing Inarius Set it will provide you with an extra 50% damage reduction (75% while wearing the Wisdom of Kalan amulet, which increases Bone Armor's maximum stack number by 5) and 2750% increased damage. Witch the set's six pieces bonus; it is even advised to recast the Bone Armor for extra damage, as it will help you clear the trash and generate some extra corpses.

This build is also the most versatile one, allowing you to use a wide variety of skills and items, making it one of the most interesting sets in the entire game.

Here comes the most interesting part of the build. Unlike any other build, Inarius set's core DPS is based not on the Necromancer Spells and abilities, but the Legendary gems you will be using. You have to keep the Bone Armor up all the time, and while it's active, the Tornado will proc both the Pain Enhancer and Miranae's Legendary gem effects. This damage is increased by 2750% thanks to the Inarius set bonus. It then increased even further by Krysbin's Sentence, Trag'Ouls Corroded Fang, and Reilena's Shadowhook.

The Corpse Lance role in the build is to give you an incredible damage burst when you are in the Land of the Dead. You should cast it always when facing hard elites, rares and boss monsters. If you are playing lower greater rifts, farming keystones, or just fooling around with friends Corpse, Lance is definitely a dispensable skill.

Not much has changed regarding Necromancer's sustainability. This is exactly why we will be using Aquila Cuirass in Cube (after all, there are no skills that will cost Essence so that you will have the damage reduction bonus at all times). It is also not a bad option to pick either the Wisdom of Kalan amulet or Unity ring(when playing Solo) for the extra damage reduction.

Good luck and have fun while grinding all the items required for the presented build.

If you have any ideas on how we could improve this build, or have any requests for other guides,  please leave a comment below.