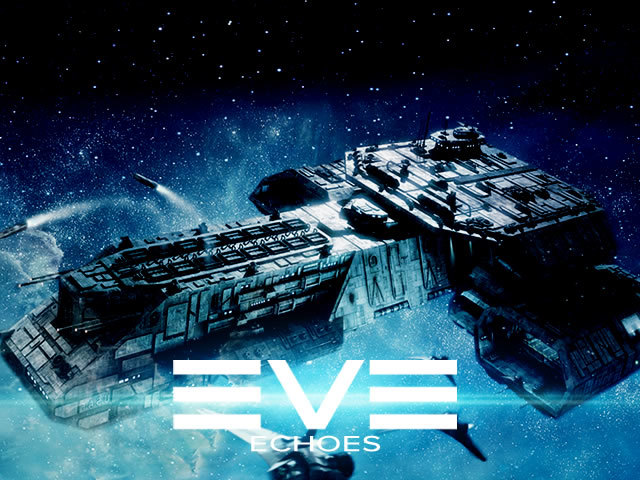 check them out
Seller: By: DigitalPunk294.7

Original EVE is with us since the year 2003 which makes it one of the oldest still-running sandbox games. It is an open-world space-based MMORPG published by CCP Games, known for its massive world (or space, rather) which can be freely roamed and explored by players. EVE's universe is shaped by people who play it, and there are almost no restrictions - players participate in creating the vast in-game economy, form corporations, alliances, engage in political schemes and wars (some of which are so massive, nothing in the MMO world can't even compare). EVE is one of the most brutal, immersive, and challenging online games available, but it never was easily-accessible in nature, which has resulted in a rather limited player base. Times have changed, however, as CCP Games entered into a cooperation with NETEASE (one of the biggest companies on the mobile games market) and created EVE Echoes - a sci-fi mobile MMORPG and a spiritual successor to CCPs original title.

EVE Echoes offers you a fresh start, a level playing field (at least compared to normal EVE), a vast sandbox universe - comparable in size to the original, well-known-and-loved in-game systems from the PC version (including EVE Echoes Marketplace, System Security ratings, Missions, Asteroid Mining, and many more), and unprecedented ease of access as it can be played anywhere - provided you have a smartphone with internet access.

In EVE Echoes you can take part in various in-game activities, including completing missions, exploring the vast in-game world, fighting off space pirates, setting up mining operations, getting involved in various planetary operations, and, of course, engaging with other players (on both friendly and very hostile terms). In the economy-driven universe of EVE Echoes, most of these actions are completed to earn money in form of InterStellar Kredits (ISK) so that you can build a better Fleet, upgrade your Pilot and equipment, strengthen your position, and so on. Money propels the EVE universe which makes EVE Echoes Trading one of the most essential in-game activities; by learning how to exchange goods favorably you can become a serious economic figure. The in-game economy is player-controlled; Just like in the real world, prices of most of the items are dependant on supply and demand. Hence, market manipulation and bear raids (an economic strategy where a group of traders attempts to artificially force down the price of a certain good/stock) are quite common as they are viable moneymaking strategies. However, not everything lies on the players' shoulders; you can also engage with NPC merchants who can Buy and Sell EVE Echoes Assets (most Blueprints and Skill Books used by players are sold by NPCs). These NPCs are a vital safety measure of the game's economy - they offer fixed prices for a lot of goods, putting a minimal price on some of the tradeable assets, which ensures that prices don't ever fall below a reasonable level. As a player, you gather Ore, Minerals, Resources, Materials, etc. so that you can trade them with other players on the EVE Echoes Market, or use them to Manufacture and Craft Ships, Subsystems, Modules, and more. What you do with your Goods, is entirely up to you in EVE Echoes! There are a few more things worth mentioning... The game's Economy is decentralized and different trade hubs are not connected with each other. This means that prices of in-game assets vary from system to system. Moreover, systems reachest with natural resources all lay outside of the secure space which makes them extremely dangerous and yet very inviting.

Currently, there are 29 EVE Echoes Trade Hubs, scattered around the in-game universe, and controlled by different empires:

Trading is one of the trickiest but also the most rewarding ways of earning money in EVE Echoes. Unlike most other methods, it has a quite low entry-level as you don't need a skilled pilot to do it. While there are no prerequisites to start trading, you should skill Trading to increase the number of your maximum open offers available. EVE Echoes Trading is also much safer than other moneymaking methods because you can trade while safely docked in a station, without any risk of being attacked. Ways of trading in EVE Echoes include:

Odealo is a secure EVE Echoes Trading hub where you can freely exchange in-game assets for real money. It is fully community-driven, which means that all offers come from real and dedicated players, just like you. The offered goods always have the best prices, and fast and safe delivery is guaranteed. Pick Odealo as your number one EVE Echoes' RMT Trading hub and always be safe and satisfied thanks to our EVE Echoes Marketplace.