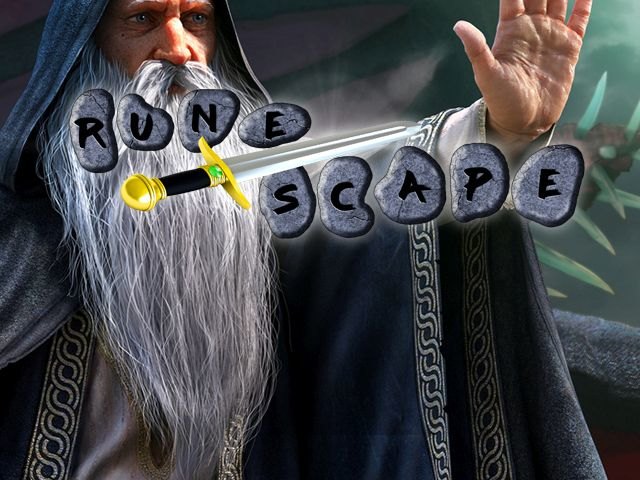 VIEW ALL OFFERS
Seller: By: SSRespoBoost294.9

RuneScape, developed in 2001 by Jagex Ltd. is the sandbox MMORPG. Players can experience real freedom when exploring the RuneScape's world, as it has close to no limitations. You can fight evil monsters, or avoid them and choose other activities, like baking or farming. The game equips every Player Character with a set of skills necessary to survive and develop, for example, Fishing, above-mentioned Baking, Woodcutting, Gardening, and setting up Traps (there are 27 skills in total). Performing those skills increases your Character's knowledge about them, and lets you accomplish more and more complicated tasks. For those who prefer more classic MMO adventures, Game offers many Quests, starting from simple fetch tasks, and finishing at difficult rescue missions. All of the above-mentioned activities will earn you a multitude of rewards, the RS Gold being the most notable. The Game, being a Sandbox, has a very strong economic system and the Gold earned in the game has value in the real world. If you do not believe it, just check our website where other users offer services related to obtaining and sharing Runescape Gold, and you will see for yourself (this also means, that selling RuneScape Gold and related services, can make you some real money).

On July 22th 2013 a large collection of new features was added to the game, the whole game is known as RuneScape 3 or RS3 since then. This updated version features improved audio, better weather, and environmental effects, a customizable interface, an HTML-5-based game client, and a more story-driven player experience. Those changes focused mainly on the quality of life and aesthetic improvements, and the sandbox core of the game has stayed as it was; so players still have their much-desired freedom and can perform all 27 of the activities featured in the game. Thanks to this, farming RS3 Gold, Questing, exploring, and Crafting looks better than ever before. It is also worth mentioning, that the whole combat system was reworked in the content update named RuneScape Evolution of Combat (called also RSEoC or simply EoC), which was released on the 20th of November 2012.

We, to this day, don't forget that the RuneScape is, most importantly, a very nostalgic game; Developers didn't either, and so the RuneScape Old School or OSRS / RS2007 was released in February 2013. At first, it was the exact copy of August 2007's version but was since then improved with both content, and game engine updates. This version of the RuneScape is the most popular currently, and over 200000 players are Questing, Gardening, Woodcutting, getting RSOS Gold, and generally having fun simultaneously in the world of RuneScape Old School.

Odealo.com is an online marketplace where you can buy and sell services related to in-game RuneScape items, or just equip yourself for even the most difficult missions that await you in RuneScape3 (RS3), or Old School RuneScape (OSRS), for the lowest price, just check the Runescape marketplace. With our help, you can Buy RS3 Gold and OSRS Gold from the best and most trustworthy sellers, so if you are looking for a place to "Buy RS3 Gold", or "Buy OSRS Gold", look no further, Odealo.com has got you covered!

NOTICE OF NON-AFFILIATION AND DISCLAIMER

Odealo.com is not affiliated, associated, authorized, endorsed by, or in any way connected with Jagex Ltd, its subsidiaries, or affiliates. The official Jagex Ltd website can be found at https://www.jagex.com/

The names Runescape, OSRS Gold, and RS Gold, as well as related names, marks, and images are registered trademarks of their respective owners.

Jagex Ltd is the sole owner of Runescape Gold, Items, Accounts, or any other virtual goods that may be connected to services offered on this website and its subpages. Transfer of such ownership is technically and legally impossible, and as such, it is not a subject of any transaction concluded herein. All transactions made on our platform are related to services conducted by the Users to obtain and deliver virtual products within the game world.