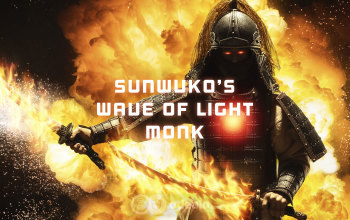 Monkey King's Garb (Sunwuko) is a very solid Monk set based on damage amplification caused by Sweeping Winds. The main idea is to increase the maximum number of Sweeping Wind stacks and making it never expire via certain Legendary items for Monks. With the recent buffs to Incense Torch of the Grand Temple and Tzo Krin's Gaze, Wave of Light is one of the most powerful Monk skills in Diablo 3. Below you will find a detailed guide on how to build a Sunwuko WoL Monk which is most suited for speed-farming Rifts and doing Bounties. You can find the Solo GR pushing variation of this build here. 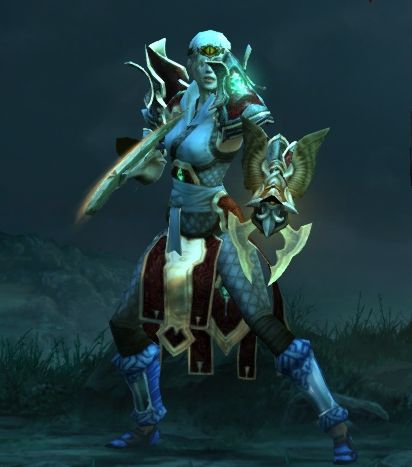 Having all six pieces of Sunwuko and maximum Sweeping Wind stacks grants the player an extremely high damage bonus. With Vengeful Wing equipped it goes up to 15,000% Increased damage of the supported skills. This combined with all the additional supporting items that include: Incense Torch of the Grand Temple, Tzo Krin's Gaze and Kyoshiro's Blade make Wave of Light one of the hardest-hitting skills in the game.

The mechanics for this build are rather simple. Pop your Sweeping wind for increased damage and damage reduction and spam Wave of Light. You can use Epiphany for either extra damage reduction (Desert Shroud rune) or Spirit regeneration for smoother playstyle.

If you have any ideas on how this build could be improved, or if you feel like there is another more powerful Monk build, please let us know in the comments below.