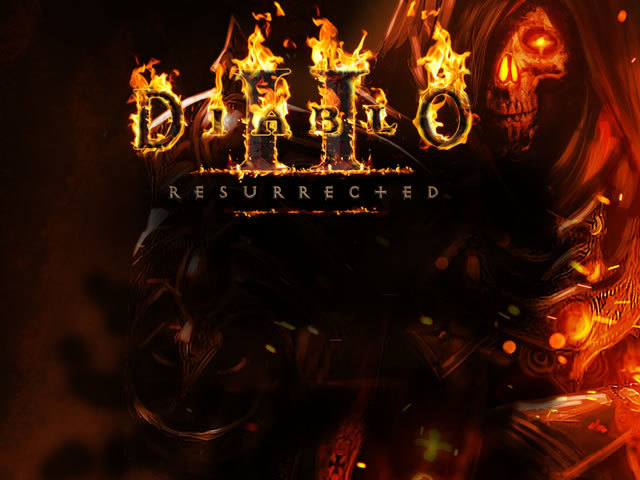 Any item / runa pm me for details multiple servers

check them out
Seller: By: SSnewsunny365.0

VIEW ALL OFFERS
Seller: By: SSnewsunny365.0

As far as hack-and-slash games go, Diablo 2 is a true classic that has set the standard of its genre. More than that, most of the “modern” H&S/aRPG games were heavily influenced by it which makes it a cornerstone upon which the whole branch of RPGs was built. Yes, we say this with the fact that Diablo 1 exists in mind, and for a good reason. Diablo 1 is an extraordinarily good game, but it has its problems. The sequel fixes these problems and adds a ton of new (by then, now – classic) features that make the whole Hack and Slash genre what it is today. No wonder that the official announcement of Diablo 2: Resurrected, a remastered version of the game, was met with universal excitement and applause. Not far from now, we will end up in the Rogue Encampment again, make our preparations on Diablo 2 Market – don’t forget to buy some potions before leaving the base, and begin our journey anew.
At its base, Diablo 2 is extremely simple – you assume the role of a lone hero, tasked with saving the world from the great evil that wants to consume it; a cliché by today’s standards. During your journey, you traverse hostile lands and ancient dungeons, following a linear storyline that consists of four acts. Each act consists of 6 quests (with the exception of act 4, which has only three) that progress the story. Some of the quests are optional and can be skipped completely. Some others, like every single boss-related quest, are mandatory as they unlock the next act in some way. At the starting location of each act, there’s a friendly base that serves as Diablo 2 Market on which you can resupply, heal up, and even try your luck by purchasing unidentified equipment. Moreover, most of the missions start on friendly bases – they are often assigned by and finished by talking to, NPCs who live there. This overall simplicity, combined with procedurally-generated levels, has made the game very popular in the speed-running community; a game that can take days to complete (and has taken most of us even more) can be beaten in mere hours – on all three difficulty levels.

Diablo 2 features seven classes (five from the base game and two from the Lord of Destruction expansion) with unique skillsets and aesthetics. Over the years, these classes have turned into archetypes and are now considered true classics as far as aRPG character variety is concerned. Before you jump back into the game and dive into our Diablo 2 Market, let us refresh your memory a bit by briefly going over each of the game’s playable classes.
Amazon – A ranged class, specialized in bows and throwing weapons, able to enhance her martial abilities with her considerable prowess, and focused around agility. Amazon is very effective at dealing high amounts of damage to single targets which makes her very strong against bosses, elites, and other enemies with large health pools. The most effective Amazon Builds are:

Assassin (Lord of Destruction) – A master of shadow disciplines and a martial arts expert able to place deadly traps. Assassin is capable of exploiting the enemy’s weaknesses in combat and can open locked chests without the need for keys, thanks to her lock picking ability – this opens inventory space and enables you to Buy and Sell more stuff at once. The assassin can be built in many ways, but the core abilities most often stay the same:

Barbarian – A living equivalent of a blunt object, swung at your enemies with considerable force. Barbarian represents raw damage and his utility is rather limited which makes him simple but also surprisingly satisfying to play – just search Diablo 2 Market for the biggest weapon available and crack enemies’ bones with it. Jokes aside,  if you like Barbarian, you should try the following builds:

Druid (Lord of Destruction) – A class that offers a good balance of martial and magic skills (see what we did there...?), which makes it solid in both melee and ranged combat. While in close quarters, Druid can shape-shift into various animal forms, and while at a distance, he can implement fire and cold magic, and summon wild beasts to aid him. Ss a hybrid class, Druid can be built in many different ways; our favorite Druid Builds are:

Necromancer – A master of life and death, curse and poison, a dark figure who would sell his soul if he still had one... He can summon skeletons and golems to his aid, or unleash foul magic against his enemies. Unlike standard magic-wielders, Necromancer is more of a hybrid class. Some of the most famous Necro builds include:

Paladin – A warrior of light able to combine holy magic with his considerable martial skills. He shines especially against high-health monsters and bosses, but can also be built with AoE damage in mind. If you are looking for a PvM Paladin build, here are some suggestions:

Sorceress – As a pure caster class of Diablo 2, Sorceress wields the power of the elements and is mainly focused on the offense. She is able to deal extremely high AoE magic damage which makes her a perfect speed running class. The most popular Sorceress builds are:

Are you looking for a place where you can safely Sell and Buy various Diablo 2 in-game Assets? Place, where other players like you gather to conduct Trade on both large and small scale? The place that can offer you anything you might need during your gaming adventures, for The Lowest Price? Place, where you can exchange Real Money for power, prestige, and convenience in your beloved game? Look no further, because you just found one. On Odealo's Diablo 2 Market, you can Sell hard-earned in-game Goods for Real Money. Moreover, you can also exchange Cash for in-game Assets that will boost your progress and allow you to save a lot of precious time. All sellers who advertise on Odealo, are thoroughly verified to guarantee the safety of every Player-To-Player transaction conducted on our Diablo 2 Market. Registration and all other features offered by our store are completely free-of-charge and our fees as the lowest in the business. Join us, and benefit from The Best Prices and the largest amount of Offers - our trusted Sellers and satisfied Buyers create a dynamically developing Diablo 2 community; join it or you will definitely miss out!  With our help, your character will quickly grow in power and your game experience will definitely improve. It doesn't matter what you need, you'll definitely find it on Odealo's Diablo 2 Market. Don't risk it on other, less reliable RMT sites, choose the real deal, leave satisfied, and return for more. We have new Interesting Offers pop up every day, so don't forget to visit us on a daily basis.