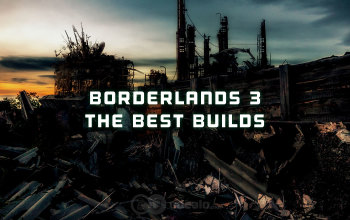 Best Builds for Borderlands 3 for all Character Classes

Whether you want to play solo, dish out insane damage, or support your teammates - these are the best builds for Borderlands 3

Borderlands 3
The Best Builds for all the Character Classes

There are four playable Character Classes in Borderlands 3. They are all called the Vault Hunters, but each Class has its' own set of Abilities, Passives, and offer a different progression. As a player, you can choose between Amara (The Siren), Moze (The Gunner), Zane (The Operative), and a complete newcomer: FL4K, the Beastmaster. Your choice of the Character Class and how you decide to build determines your entire playstyle. We have decided to make a list of all the best Borderlands 3 Builds for each character. This should help you progress through the campaign faster, and not get badly punished on Mayhem 3 difficulty level. We will be describing the best Passive choices and optimal synergies between each Skill Tree, allowing you to understand each build's basic mechanics, and what makes them so special. Check out our list of the Best Borderland 3 Builds below!