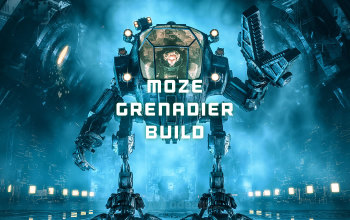 This is one of the best Moze builds out there, based purely on Grenade Damage. The Boss Damage is insane, and thanks to Splash, it also carries an amazing pack clearing potential. The primary goal is to maintain infinite Grenades by choosing Grenades which splits when thrown or detonated, dealing multiple instances of Splash Damage with each cast. Thanks to Means of Destruction, you have a 6% to have a Grenade added whenever you deal Splash Damage. If you manage to get the Hex Grenade, this basically will allow you to throw your Grenades indefinitely on your targets for MASSIVE damage. At the same time, this build offers very solid defenses based on. You can Critically Hit with your Grenades, and Crits will allow you to instantly start recovering Shield thanks to Force Feedback Passive. It's a very enjoyable, and well-rounded build for the Moze Character, which is among the Top Tier Borderlands 3 builds currently.

Below you will find the recommended Passive for the Moze Grenadier build. You should prioritize the Demolition Woman Passive Tree which grants all the core Passives related to your Grenade's DPS and Grenade-related perks. When it comes to choosing your secondary Tree, this build is rather flexible. We recommend going Shield of Retribution for extra defenses and faster Shield recovery, but you could also go for Bottomless Mags if you want to deal extra Gun Damage. Bottomless Mags may also be a good option when you are leveling, and you are unable to sustain infinite Grenades with your current equipment.

You should primarily focus on Splash Damage Weapons. This goes for Shotguns, Explosive Guns, and Grenades, and so on. You can use Tediore weapons which will also act as Grenades when you want to reload them for some extra Splash, but in general, you primary focus should be on getting the Hex Grenade which is the best item for this build.