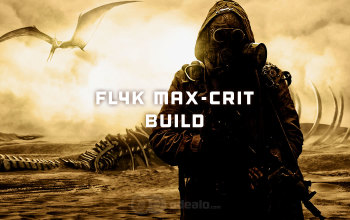 FL4K Max Crit build is currently considered the most over-powered build in the game. Not for just FL4K, but any available character class out there. It offers insane burst DPS after you use Fade Away, it makes all your bullets to Critically Strikes, increasing FL4K's bonuses and allowing you to sustain Ammunition for the entire Fade Away's Duration. At the same time, this build offers very solid DPS by allowing us to Crit. on any part of the enemy and providing very high bonuses to Gun Damage, Accuracy, and Rate of Fire. If you manage to get Legendary Jacob's Weapons like Queen's Call, King's Call, or Rowan's Call, then this build will truly shine and you can basically forget about reloading your weapon. FL4K's Max Crit. works great as a solo build, or as main team DPS, however, it offers near to none team utility and you may be better off melting Bosses on your own.

Below you will find the recommended Passive for this build. We recommend prioritizing Hunter's Tree initially, as it gives you more bonuses early on. Fade Away is still good, but a lot of its' duration will be wasted on reloads on lower levels making it much less efficient. Rakk Attack is significantly better on lower levels, and it can also give you some extra healing. Fade Away truly shines when you are able to shot for its' entire duration, so you should aim to switch it when you are Crit'ting enough to have bullets in your magazine at all times.

Initially, you can use whatever weapon you want. Assuming you don't have a bank full of Legendary Loot, just use the strongest weapons you find or the ones that you are comfortable with. During the leveling phase, enjoying yourself should be your biggest concern. When you respecc for a full Crit/Fade Away character, you should aim to have Weapons with the highest possible Fire Rate, and preferably manufactured by Jacob's so that they return ammo to your magazine after you Crit. This allows you to fully utilize the Fade Away bonuses, as you will be able to fire a lot of bullets without the need of reloading your weapon. You should focus on getting high DPS Legendaries with at least 9 Shots per Second. Some of the end-game weapon recommendations for this build are: