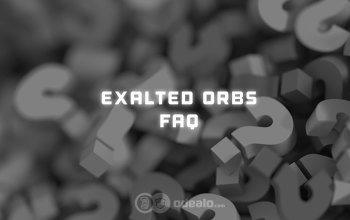 As you most likely know, there is no Gold or any other typical currency in Path of Exile. Orbs are considered the official PoE Currency, which is accepted in exchanges for all the items, including the most valuable ones. Exalted Orbs are extremely rare currency items, which play a leading role in Path of Exile economy. They are extremely rare, and valuable, making them the most sought-after currency item in the game. In this article, we will try to answer the most frequent questions about Exalted Orbs.

Q: What is the lowest level at which Exalted Orb can drop?

A: Exalted Orbs can drop at ANY level. You might theoretically loot them in Twilight Strand on Normal difficulty at level 1.

Q: What are Exalted Orbs for?

A: Exalted Orbs add an additional property on a rare item. They are used to make the best equipment in the game, worth from several to hundreds of Exalted Orbs depending on luck (or well, you can craft gear that is worthless if you don't do it right). In order to do that you need a piece that is already worth a few Exalted Orbs and still has an open place for good affixes - so if you are lucky to get it, you multiply the item's value. Below you will find several examples of items worth Exalting. Exalted Orbs are also used in meta-crafting. It's mainly done in Standard mode since Eternal Orbs are only available there. Eternal Orbs save a copy of an item, so for example, if you have a rare item with 4x Tier 1 affixes, you save an imprint of it using the Eternal Orb, and then use Exalted Orbs with the ultimate goal to get 5th (and possibly 6th) Tier 1 affix.

Q: What should I do with Exalted Orbs?

A: Exalted Orbs are extremely valuable. 99% of players are advised to trade them for Chaos Orbs and get decent gear. You can also buy gear for the Exalted Orb directly. However, considering you are using our guide, you are not advised to buy 1Ex+ worth pieces of gear just yet :) Just 1 Exalted Orb should easily allow any player using any build to start mapping.

Q: How to increase my chances of finding Exalted Orbs?

A: Basically the more you play, and the more monsters you kill the higher your chances are. Unless you are able to afford gear worth hundreds of Exalted Orbs and breeze through high tier maps, it is advised to play a cheaper, fast build, and grind your way through low and mid-tier maps. Upgrading map quality and rarity is also a good idea. The higher the Increased Quantity and Rarity bonuses on a map, the higher the chances to loot Exalted Orbs.
Below there are several examples of popular, cheap and fast builds for Exalted Orbs Farming:

Side note: You should be able to get the proper gear for each of the above for around 1 Exalted Orb and be able to clear low-level maps

As shown below, one of the players did find the Exalted Orb while farming the Docks on Normal difficulty, so good luck to you too :) 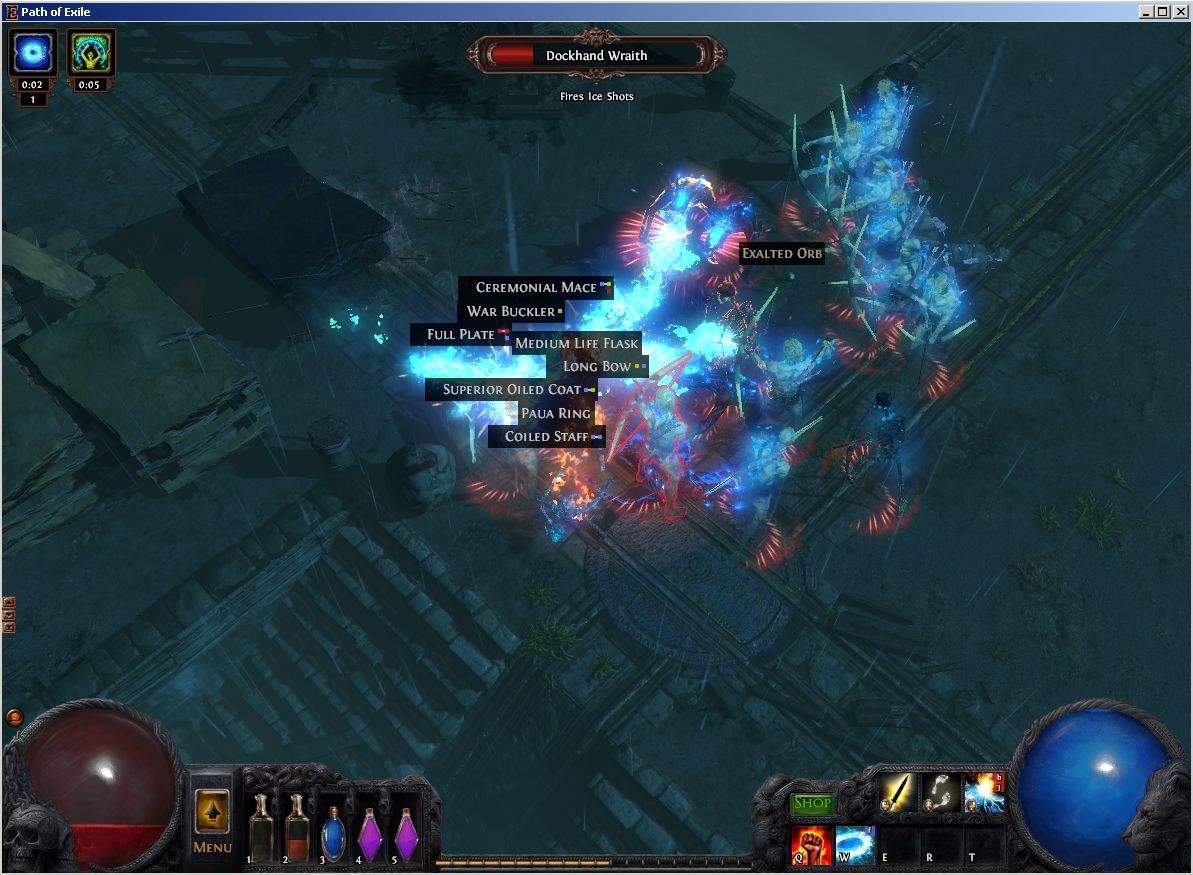 A: Yes, they can even drop from rocks and normal chests too. However, it's a very good idea to upgrade Arcanist's Strongboxes to rare quality with Orb of Alchemy to increase your chances of finding valuable currency in it. It is even possible to loot Mirror of Kalandra from those.

Q: What items can I use Exalted Orbs on?

A: If it's your first Exalted Orb, you simply shouldn't. Exalted Orbs are most effectively used when meta-crafting. Professional players prepare specific rare items, with certain suffixes and prefixes. They are of the highest their, and the number of those properties have to match their needs. After having prepared the item, they use meta-crafting mods from level 8 Masters, allowing them to guarantee (or at least raise the chances of) getting the property they need when using Exalted Orb. This is usually a very risky, expensive, and rewarding process.
On the other hand, if you really have to, you could possibly gamble with some expensive items that have open slots for additional properties. Take a look at the Body Armour below:

It has very high Energy Shield rolls (over 900 ES overall) and still 2 open slots for additional properties. If you are rich enough to be able to afford similar items (the price on this piece is roughly 17 Exalted Orbs) it might be reasonable to craft some additional properties with Exalted Orbs. Keep in mind you will be losing the Orb in the process, and also if low tier affixes/suffixes show up on your item, it will actually lose some of the value. After all, you have to pay for open affix's slots.

If you got any other questions regarding Exalted Orbs, feel free to ask in the comments below. We will try to add answers to it as soon as possible.