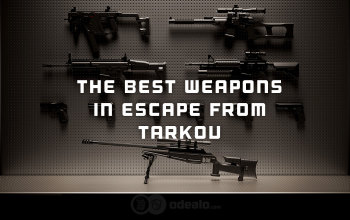 The sheer size of Escape from Tarkov's arsenal can overwhelm even the most experienced FPS players. There are about 80 firearms now available in the game, with many more still on the way, and we didn't even mention the Weapon Modification System yet... EfT offers the most advanced weapon modding system currently available in gaming. All weapons are modular, end every part can be changed for its better (or worse) counterpart. There are no real limitations to this system, you can, for example, attach multiple Gunsights and Scopes to a single Rifle, but this, as you can probably imagine, is not the best idea. Possibilities are almost unlimited, and exploring them on your own could be VERY expensive and time-consuming, and you will not be guaranteed to get expected results. This is where our Guide comes in. In it, we point you towards the best and the most worthwhile Tarkov Weapons available at each Loyalty Level, so that you know which trader to level up and what weapon to get next.

Note1: Remember that, In Escape from Tarkov, having a good weapon is just a minor part of the equation. You have to know how to use it and with which ammunition to load it as well. We will provide some ammo suggestions for each of the featured guns, however, we still recommend you to check out our Tarkov Ammo Chart, as it will let you easily compare all available ammunition choices with each other.

Note2: We have evaluated weapons based not only on their stats, but also on their price (if something is too expensive for what it does, it will not be on the list) and the ammunition that is available to you after you unlock them (for example, the MP7A1 is available at LL3, but ammunition that makes it good is available from Peacekeeper LL4, so we've decided to not feature it on our list; it still is a great weapon, however). Because of this, we've come up with a list of weapons that can be used successfully immediately after they become available to you.

The Best Weapons at Loyalty Level 1

These are the Best Weapons available to you immediately after you start the game. While they are nothing to boast about, they can still be extremely deadly if used correctly and if loaded with appropriate ammunition. Also, remember that there is not a lot available from Traders at the start; we have featured pretty much every LL1 weapon, that is worth using, below.

Note: We've decided to not feature the AKM/VPO-209 as the new ammo (.366 AP) which makes it worthwhile is available only after reaching LL3 with Mechanic (or as a craft at Level 2 Workbench). If you already have access to .366 AP and want to use a Weapon from LL1 Trader, for some reason, AKM/VPO-209 is actually a decent choice.

The Best Weapons at Loyalty Level 2

Reaching Loyalty Level 2, with any trader who offers weapons, opens up many more choices; here are some of the best ones.

The Best Weapons at Loyalty Level 3

The Best Weapons at Loyalty Level 4

Surprisingly, there are not that many "worthwhile" weapons at LL4, as most of them, however powerful, are also too expensive or just overshadowed by what is available earlier.

Pictures used in this article are the intellectual property of the Battlestate Games Limited. 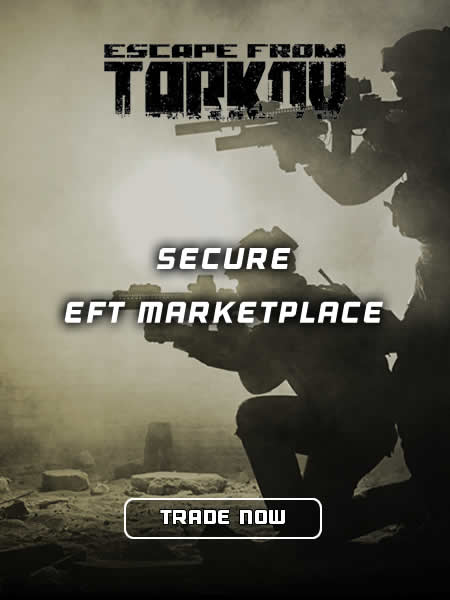