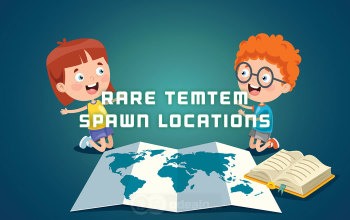 Learn where to find the rarest Temtems in Temtem MMO

A Guide on Where to Find Them

Catching, leveling up, and evolving new companions is one of the most fun aspects of Temtem gameplay. It is also what keeps players invested - it gives them a feeling of progression and a constantly changing set of in-game goals to pursue. On top of that, the fact that some of the Temtem stats are, to some extent, randomized ensures that training a perfect Temtem takes an extremely long time. This system creates a room for two main types of players: Duelists and Collectors. The first type tends to focus on the PvP aspect of the game, wants to make their companions as strong as possible, and does not pay much attention to the Temtem's rarity (unless a specific rare Temtem is also extremely powerful). The second type focuses on the Creature-Collection aspect of the game; Collectors will go out of their way to get their hands on the rarest Temtem available, even if that means spending weeks on farming Luma* variants of some of the rarest creatures. This guide is aimed mainly at the latter player type, but we have added some of the more common, but extremely powerful, Temtem to keep things interesting.

*Luma Temtems are alternative color variants of normal Temtems. The difference is not only cosmetic; it adds multiple special effects and gives the impression that a Luma Temtem is softly glowing, but a Luma Temtem will also always have at least three perfect Single Values, which makes it valuable to both Duelists and Collectors. Currently, one of each 6000 encounters of a Temtem of specific species will feature a Luma variant, which means that the chance of encountering a Luma variant of a very rare (5% frequency) Temtem equals to 1 in 120,000 (one in one hundred and twenty thousand random encounters).