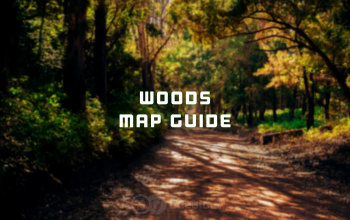 An in-depth guide to Woods Map in EFT

Tarkov's Woods, also known as the "Priozersk Natural Reserve", is a moderately large forested (hence the name) area abounding with hills, rocks, and segments of opened terrain that make it perfect for long-range combat (hills and rocks offer great vantage points for snipers, while open fields tend to turn into kill zones). Each Raid on the Woods map lasts for 45 minutes, features 6 to 12 players and a large number of NPC Scav spawns.

Woods are regarded as a map that new players should try to avoid unless they want to complete a specific quest. There are a few reasons for this:

There is a lot to explore inside Tarkov's Woods, from abandoned bunkers hidden in the area, through lumberyard and a sawmill to a plane crash site and an abandoned tank randomly parked in its northern parts; here are some of the most interesting locations (possible loot included).