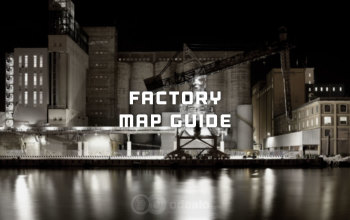 A complete guide to Factory Map in Escape from Tarkov

The Factory is the smallest and the most dynamic of all Escape from Tarkov maps. It features many enclosed and semi-opened areas with many elevated spots (inside Tarkov's Factory you have to have your eyes not only behind your head but also on top of it) that promote fast-paced, close-quarters engagements. Lore wise, the Factory was a chemical plant that was illegally rented out by the Terra Group. Later, when the Tarkov conflict broke out, it was a stage of multiple BEAR vs USEC engagements (as a part of the industrial district, the Factory was of high strategic importance). After the UN intervened, Factory's premises were converted into civilian shelters. Now, these shelters are used mainly by Scavs and PMC operators that still dwell in the city.

There are few things to be expected from a Factory Raid:

There are surprisingly many interesting places to explore inside Tarkov's Factory complex, especially if you like being shot at from almost every corner of the map; here are some of the most interesting locations (possible loot included).