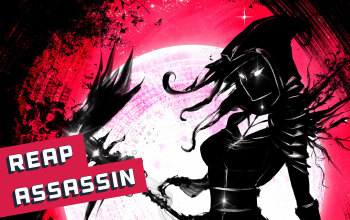 One of the most interesting Physical Spell Caster builds that were introduced in Patch 3.14

Reap is one of the most interesting Spells that got introduced in Patch 3.14. It's interesting both in terms of playstyle but also general theme. It costs Life instead of Mana to cast and deals very high base Physical Damage and applies a powerful Damage over Time effect. The base Damage is around the same as that of the Vortex (one of the most popular Cold DoT Spells) but it also has up to 75% More Damage dealt from Blood Charges that are generated if enemies you Hit don't die. On top of it, it's not limited by any form of cooldowns - so basically we are looking at a Physical alternative to Vortex that has a potentially higher base DPS, faster Cast Speed, and doesn't have to rely only on the DoT effect (and reduced DoT Duration which may be an issue if you want to focus that part of the skill).

This build also uses Exsanguinate for some additional damage and extra Life Leech to recover the Life spent on skills faster. This is our initial recommendation for what to Socket in your Body Armour which should have a secondary Spell socketed in its 6 links. As the League progresses and we are done with more thorough testing, we will most likely update the guide accordingly. We will be also closely looking at potential pure DoT build based on those new skills, but with their short duration, they don't look powerful enough on their own. Time will tell...

You should note that this build is quite expensive if you are looking to smoothly clear Red Maps and kill end-game Bosses. There are certainly better builds out there which will perform on a completely different level in that budget. This is still a great League Starter where it's very easy to level up the character thanks to the extra DoT and several sources of solid Physical Damage. It will be also easy to start farming low-level Maps, but when you eventually get there the progression to higher content becomes quite hard (and expensive).

This is a very swift Spell Caster build which is primarily based on very high Physical Damage dealt with initial Hits from Reap and Exsanguinate which are further increased by the DoT effect those Skills inflict. Your damage is scaled by Assassin's very high Critical Strike Chance and Multiplier, and multiple Power Charges. The DoT effects which are applied are quite potent, but sadly they are not increased by Crit-related stats, they only benefit from modifiers to Spell Damage, so can be only treated as a secondary source of damage. One of the primary ways to increase your Damage as an Assassin is to increase the number of your Power Charges and with the recommended Items and Passives you should easily have at least 7 of them. Having many Power Charges greatly boots your damage via Disciple of the Forbidden Passives, as well as, Assassin's Ascendancy.

For the defenses, this build relies on high Life Pool, Dodge, Elusive, and Evasion. Obviously, you need high Life and Life Leech as your main Spells will cost Life to cast and you need to recover it fast. The two best ways are Physical Damage Leeched as Life mod on Rings and Life Leech Support Gem linked to Exsanguinate.

For the leveling, the most important part is to use several different types of Spells so that you deal enough damage without having to spend Passives that you are not going to use later on. You are going to use Reap as your main Skill which deals solid damage, but without extra Spell Damage nodes and Crit. it won't simply deal enough damage. You should use additional Spells with a duration that have high base damage. Good examples of such Spells are Orb of Storms, Stormblast Mine, Lightning Spire Trap, or Flame Wall. All of those deal high base damage which can stack with each other, and last for a duration so you don't have to spam it constantly. Just use an extra Spell or two and boost it with some Support Gems - that should do the trick. Below you will find some basic leveling Gem setups and several extremely useful Uniques that will help you get through the campaign in no time.

We recommend helping Alira for extra Crit. Multiplier and Resistances. Also killing all the Bandits for two additional Passive Points is an okay option

Below you will find the recommended gear for our Reap Assassin build. This build does not necessarily need any specific Uniques so you should be able to replace any piece of listed equipment with random rares with Life/Crit/Spell Damage Rare. Obviously, you are looking to increase the number of your Maximum Power Charges, which is the most efficient way to scale your damage, other than that you want as high Life as possible because of the casting cost of your core Spells, and since it's a Crit. build, both Critical Strike Multiplier and Critical Strike Chance stats are extremely important here.