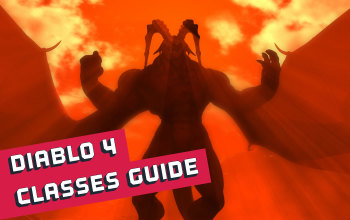 Comparison of all playable Classes in Diablo IV

Now that Diablo Immortal has shown the dark side of Activision Blizzard to the PC player base, it is time to get high on copium again and take a closer look at Blizzard's light side by checking out what's to come in Diablo IV. As we often do, we'll start our series of Diablo IV-related articles with a Class Breakdown. In this guide, we will share and analyze all known information about the five Diablo IV Classes that will be available on launch.

It has been confirmed that Diablo IV will have 5 playable classes on the release: Barbarian, Druid, Necromancer, Rogue, and Sorceress. For all of you Paladin mains, don't worry, we are sure that Paladin is going to be added in a DLC. Some of the Classes will have Class Quests that will have to be completed to unlock certain Class Mechanics. This time, Players will receive the freedom of character customization never before available in the Diablo series; the customization feature will include gender choice, different hairstyles (including facial hair), multiple faces, and distinguishing features (like tattoos and scars).

Here's all the currently available information on Diablo IV Classes: