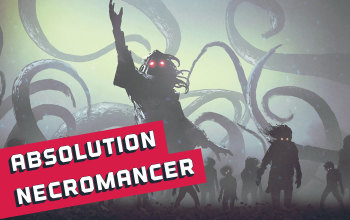 Absolution is a unique Minion Spell that allows you to summon a new type of Sentinels when you kill enemies that have their debuff, with an extra chance to do so when you hit a Rare or Unique Enemy. With up to three Sentinels of Absolution that deal purely Lightning Spell Damage, you are able to simply melt Bosses within seconds. This applies both to a non-budget version with literally 0 gear requirements, when dealing with lower Tier Bosses, but also to end-game ones' when you have enough currency to invest into Doryani's Prototype and Melding of the Flesh Unique Jewel. This combination lets you easily reach less than -100% Lightning Resistance, which will be the Lightning Resistance value of nearby enemies, including Bosses. In order not to get one-shotted by any Lightning Spells and Attacks, you will have to maintain a high Armour level, which applies to your character via another modifier on your Armour.

All around, this is one of the best Minion Starter builds in the current Patch. It might offer less AoE coverage than your standard Skeleton Mages builds, but requires no Unique Items, and offers much higher singlet-target damage. It simply should feel better on SSF mode and for players that prefer to farm the Bosses faster.

This is a very simple Minion build where you are simply running around and occasionally casting Absolution to have all three Sentinels active at all times. You can also cast Vortex if using Algor Mortis Gloves to create the chilling grounds that boost your Minions' Lightning DPS, and Convocation to have your Minions instantly teleported to your current location. Other than that, you are only going to use a Mobility Skill (Flame Dash, or Dash if you prefer it for any reason) and Molten Shell. If you allocate the latter under your left mouse button, it will be basically cast automatically whenever off-cooldown. This is an extremely simple and enjoyable build with no complex mechanics and just a few active Skills.

Leveling most Minion builds is quite easy, but Absolution puts it on a completely different level. You can use all the Minions you would normally do like Zombies, Spectres, or even Raging Spirits, as Absolution doesn't require you to constantly cast the Spell. You only have to refresh the duration every 10 Seconds by occasional recasting the ability, while you can cast all your other Minion or Utility Spells. There are plenty of ways you can level up this Witch character, and you basically can't go wrong with any of it. The simplies way is to use two main setups: Zombies for defensive bonuses and Absolution to take down Bosses. You may even take Spiritual Aid during leveling, the base damage of Absolution Spell has been increased, so with this Passive allocated it will do some extra damage on its own. Below you can find the basic Gem setup and several useful Uniques that will help you get through the campaign unflinched.

31 Points Skill Tree
Take Lord of The Dead and Death Attunement and then Redemption and Righteous Army. Optionally also Spiritual Aid if you plan to deal extra damage yourself. On lower levels playing a Minion build, Life/defensive nodes are less important as you can easily avoid damage

This is a very simple and straightforward Minion build that requires literally 0 Unique Items. Simply get gear with Minion Damage and defensive stats and you will be able to progress through the campaign and lower Tier Maps. However, we have included items for the most powerful Doryani's Prototype setup which relies on reducing your Lightning Resistance to a negative value and having nearby enemies have the same Lightning Resistance as yourself. This makes this one of the best Boss-killing builds out there with simply absurd single-target DPS. It's obviously not necessary and will require extra investments in the Items, but having such a possibility, later on, is what makes this build so interesting.