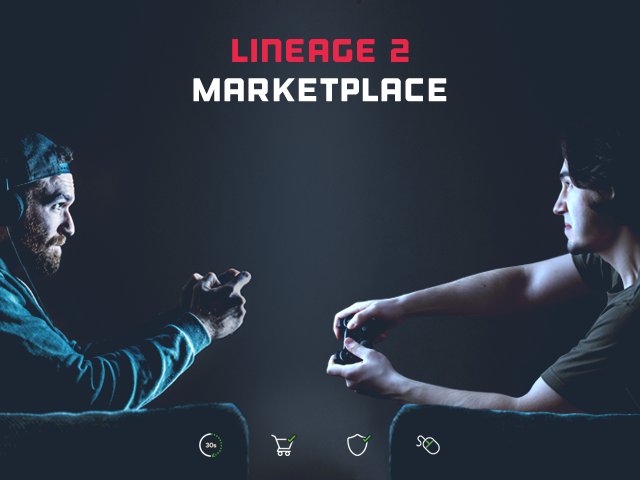 Lineage 2 is a massive multiplier online role-playing game (MMORPG) developed and published by South Korean studio NCSoft famous for the Lineage series, Guild Wars series, Wildstar, Blade & Soul, and Aion. Lineage 2 was released for Windows PC in October 2003 and emerged as one of the most popular online games, reporting 1 million unique users on March 2007. Lineage storyline follows two well-written Sagas; The Chaotic Chronicle, and The Chaotic Throne. NCSoft updates the Sagas with content referred to as "Chronicles" every 6 months. Chronicles add new quests, plots, items, monsters, and may even increase the level cap. Each player can store up to seven in-game characters. There are seven races in the game including Humans, Elves, Dark Elves, Orcs, Dwarves, and Kamael. Good race and class diversity makes up for one of the most popular MMORPG games ever published, and still attracts thousands of players.

Odealo is one of the most secure and enjoyable player-to-player Lineage 2 Marketplaces. You can Buy, Sell, and Trade Lineage 2 Goods on all popular game servers including Core, Skelth, Aden, Chronos, Giran, Naia, Talking Island. Lineage 2 Market is open on all the European and North American servers. Odealo has multiple sellers offering Lineage 2 Assets and Currencies, which makes it a very competitive market, offering good prices and fast delivery times. At the same time, Odealo guarantees the highest security of each transaction. You will find out what makes Odealo the best Lineage 2 Market right after you place your first transaction. While most of the trading in Lineage 2 takes place on the Trading Post, you can also trade with other players with the use of real money on Odealo. Odealo is not a typical Lineage 2 Market. Odealo is a player-to-player marketplace, and all offers are posted by regular players. With multiple sellers and traders available, we can maintain a full stock on all popular game servers. With community-driven trading, you can expect the best prices, high quality of service and nearly unlimited stock. Odealo allows trading on all possible game modes and servers. New servers and modes are usually added as soon as they launch, allowing players to freely trade Adena on new servers like Aden, Giran and Talking Islands.