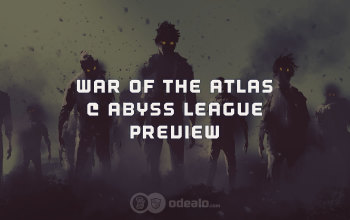 War for the Atlas and the Abyss League Preview

War for the Atlas and the Abyss League Preview
Path of Exile patch 3.1

War for the Atlas is the seventh major Path of Exile expansion. It will launch on December 8th, 2017, and alongside with it, the Abyss League will be introduced. 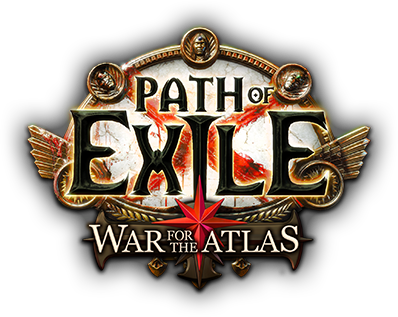 What’s new in War for the Atlas?

War for the Atlas will introduce a new main antagonist to Path of Exile - the Elder. The Elder consumes the Shaper’s creations becoming more and more powerful. We can only assume, that this means, with every high tier maps cleared, the higher the chance of the Elder dropping valuable and rare loot. 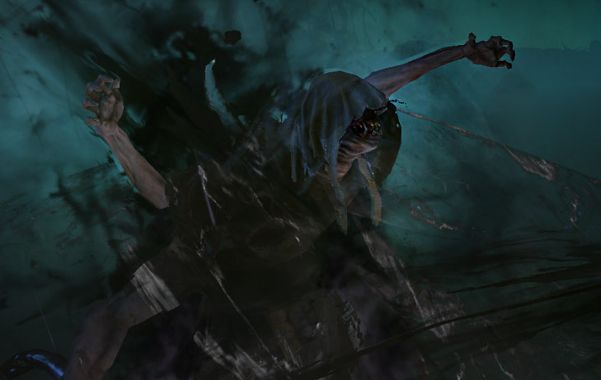 A new type of items will be also introduced in Patch 3.1. These are the Shaped and Elder rare items. These items can be crafted with completely new attributes, that are normally reserved for unique items. This can include:

Patch 3.1 will also introduce 10 new spell gems, which include 4 new active spell gems and 6 new support gems. Only 8 of them have been revealed so far, and this are as follows:

Unique Items could not have been left out in Patch 3.1 either.

War for the Atlas also introduced at least 6 new sets of Divination Cards. The ones that have been revealed so far are:

War for the Atlas will also bring a new interesting encounter in Act 9. This is the scropion-themed monster - Shakari. It looks like at least one Poison immunity flask will be necessary to face her :) Below you can find the official gameplay video of the fight. 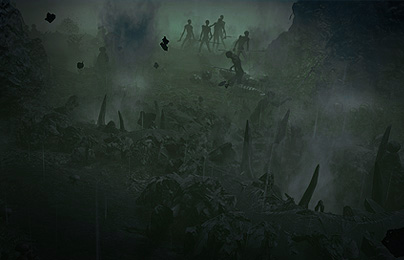 In the Abyss Challenge league, as usual, PoE players will be able to choose one of the available modes: Softcore, Hardcore or Solo Self-found (both SC and HC variations).  The Abyss League introduces a new main antagonist to the world of Wraeclast - the Elder. The Elder is competing with the Shaper over the control of the Atlas. This introduces a lot of new options to how you can build your atlas, and this means the War for the Atlas is heavily end-game oriented - which a lot of players were waiting for.

Players will be able to find Abyssal Depths while playing Path of Exile, which are packed with powerful monsters. Some high leveldps Abyssal Depths might be occupied by a very powerful Lich boss who can drop the Abyss League specific unique items.

All of the Abyss monsters and chests (that spawn after sealing the Abyssal cracks) can drop Abyss Jewels. Abyss Jewels like normal jewels can be socketed in the Passive Skill tree and grant its' bonuses to the player. Unlike regular jewels, Abyss Jewels carry completely new affixes, which are commonly seen on other slot items - including increased maximum life, added physical damage to attacks. Abyss Jewels can also be sockted into items, that have the Abyssal sockets in them. Also, a new type of belt is going to be introduced in the Abyss League. This is the Stygian Vise belt, which can carry Abyssal sockets aswell.

Sadly, not much was revealed about upcoming Abyss League's Unique items. We have seen just 1 teaser, that presented a quite interesting pair of unique boots.

Of course, Odealo.com will support the Abyss League, and we expect Cheap PoE orbs on both the Softcore and Hardcore modes to be available for sale within 24hours of the League launch - stay tuned!

And how do you feel about the upcoming expansion?