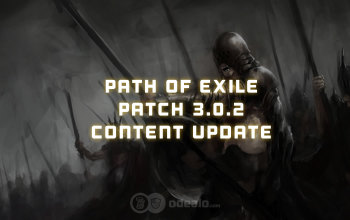 New Items and Changes In Path of Exile's Patch 3.0.2

Find out what are the upcoming changes and new items in Path of Exile's patch 3.0.2

New Items and Changes In Path of Exile's Patch 3.0.2

It has been a while since the Fall of Oriath went live in August, and its' hype is steadily deflating. The timing was just about right for Grinding Gear Games to introduce and to showcase new content in the upcoming patch 3.0.2. We would like to present some of the new items that will be coming to Wraeclast, as well as some other important gameplay mechanics changes.

Grinding Gear Games has announced this minor change to be a part of the 3.0.2 content update. This is a very long-anticipated change in Path of Exile that will appeal to all Spectre-summoners and multi-aura support characters. If you are familiar with the Summon Spectre mechanics, you have to Raise them everything you log out from game, and since Spectres inherit the monster level and abilities of the corpse they are risen from, you have to go to the location (usually high-level map) where you can find the Spectre you want to raise. Meaning you have to kill them or summon their corpses with the Desecrate spell. This is extremely annoying and made the players forfeited using this interesting and powerful minion spell. Because of these changes, we will be introducing a budget-friendly Spectre-based Starter build for the next League :) 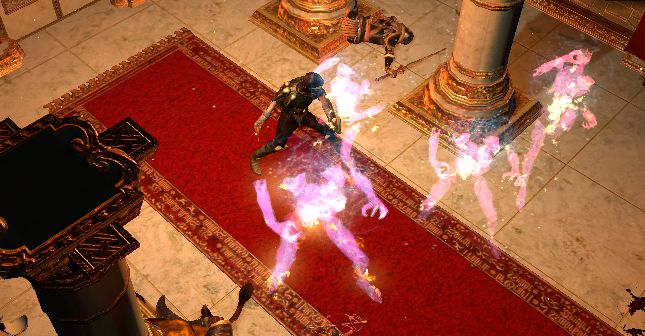 As most of the patches, 3.0.2 will also contain a number of bug fixes. This includes fixing:

With the 3.0.2 content update, Xbox players will have new Microtransactions available found below. We have to admit the Purple Necrotic Armour and the Lightning set both look amazing.

We will be updating the thread as soon as new information is revealed. And which change do you think might get new players to start playing Path of Exile? Or maybe return to the game to start the adventure all over again in the upcoming League?