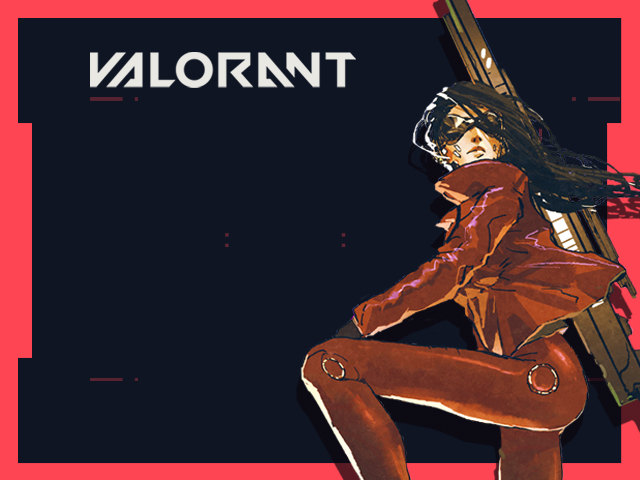 Until now, there have been just a few major players on the 5v5 tactical shooter market, but recently we got ourselves a new contender and a serious one at that. Valorant, because that's the contender's name, is a brand-new child of Riot Games, the developers of the most popular MOBA game to date. It is set to release in the summer of 2020, with a closed beta running from 7 April 2020. Just like other Riot's titles, the game is free-to-play and features cosmetic-only microtransactions; Valorant Accounts can be created on the developer's website, but beta access is currently limited (as of 20.04.2020; we will go over how to get access in a bit because there is a safe way to Buy Valorant Accounts...). Even before the official release, it is clear that the game is a great success; just look at the view numbers on twitch - they easily surpass 1 million concurrent viewers during prime-time, even a few days after the beta launch. These numbers clearly show that millions of players want to get their hands on Beta Valorant Accounts to experience the game as soon as possible. But why is that? What makes Valorant great? Well, let us answer that.

Valorant is a team-based 5 versus 5 first-person tactical shooter with a twist. The game is set in the near future; which is a clever trick on the Riot's side - that way they can make the game less "simulator-like", add fun mechanics, and go wild with the art style. Moreover, thanks to the setting, they don't run against the competitors' titles head-on but create their own niche (just in between them, which is even more clever). In the game, players assume the control of agents that all have unique special abilities (the above-mentioned "twist" on the tactical shooter gameplay). A standard game of Valorant features two 5-man teams going against each other in a bomb defusal mode with an economic system based on player's frags and round results. The mode is pretty standard with a 100 seconds round timer and double victory condition - elimination of the opposite team or successful destruction/defense of the objective. Teams switch sides after 12 rounds and the first team to get 13 rounds wins. This is a well-known, loved, and a proven gameplay system that creates a solid base for competitive matches. As a tactical shooter, the game has an impressive selection of weapons, for the players, to choose from; Sniper Rifles, Assault Rifles, Shotguns, Machine Guns, Submachine Guns, and Sidearms. Each of the available armaments has a distinct recoil pattern that can be studied, learned, and mastered, which adds to Valorant's skill-based gameplay. If the Riot's balancing team does their job right, the game has a great chance of staying with us for a very long time.

How to start playing Valorant

After the game is released (in the summer of 2020), all gamers need to do to play is create Valorant Accounts, that are completely free-to-make and free-to-run. However, if one wants to try the game early, in the closed beta, things get a little bit more complicated. Currently, to have a chance of gaining the beta access, you have to create a Riot Account, connect it with your Twitch account, and watch officially-supported streams to have a chance of receiving the access as a random drop. There are very slim chances for that and less than 1 in 1000 viewers will get lucky. Of course, the closer to the release, the more access keys will be dropped. However, if you want to try out the game early, there is another way of getting your hands on one of the Valorant Accounts; You can purchase the beta-access for the game on Odealo and experience the Riot's new tactical-shooter immediately. Our site is the leading real-money-trade hub, where you can safely and quickly Buy Valorant Accounts from proven sources. Our sellers offer exquisite and unique deals that will satisfy even the most demanding of gamers. To guarantee your absolute safety, we thoroughly verify everyone who wishes to create an auction on our site. This ensures that all your transactions, made under our agency, will go smoothly and you will be 100% satisfied with your purchase. Join our rapidly-growing Valorant community and start playing the game with one of our Valorant Accounts today!