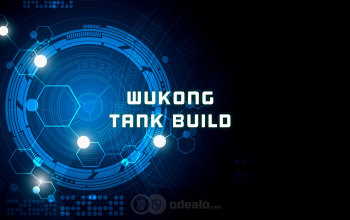 This Wukong build focuses around his Defy ability that gives him temporary invulnerability, which is quite strong for a Tank as you probably can imagine. To make Defy as strong and efficient as possible we have focused on increasing Power Duration and Power Efficiency. To avoid starving on Energy, we have increased its pool, and we have also put a large emphasis on Health and Armor because Defy alone is not enough to make a Tank.

Creating this Wukong Tank build was quite straightforward, as we had to tick all the "Tank" boxes - Health, Armor and Defensive Abilities. After that was taken care of, we have decided to increase offensive power a bit as well, and we have done it by improving Power Efficiency to make Primal Fury the go-to offensive ability and choosing the Steel Charge for the Aura slot. With the recommended Mods your stats will be at: