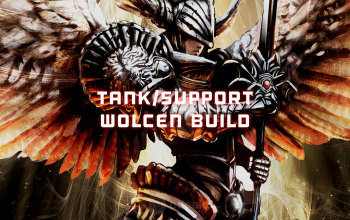 A sturdy build with amazing team utility and tanking capabilities

The tank is by far the least appealing of the "Holy Trinity" roles present in most RPGs (DPS, tank, and healer, if someone, somehow, didn't already know). This happens for a few reasons, main of them being: 1. A lot of responsibility rests on the Tank; if a group wipes, there is a good chance that the tank will get most of the blame. 2. Tank gameplay is, on average, much more complicated and often less rewarding than DPS gameplay. Luckily, the situation seems to be a bit different in Wolcen: Lords of Mayhem, where gameplay dynamics are much more appealing from the tanking perspective. CC and defensive abilities feel very impactful there, a well-built tank can steel dish out a respectable amount of damage, and cooperating with teammates is fun, even for a tank. This is why we have decided to create our own Tank build for Wolcen: Lords of Mayhem.

Important note: This is a beta version of our "Shield Maester"  Arms Maester Build that we have just recently started working on. It features unparalleled survivability, great utility and surprisingly decent damage (at least for a Tank Build). As mentioned earlier, we have just started this "project" so we are still far away from determining the perfect mix of passive and active skills (it is possible that we will swap some of them around in the foreseeable future, especially if another hotfix, that turns everything on its head, comes around again). Despite being in the early stages of development, the build shows great promise and performs at a very high level in the group environment, but struggles when played solo (this is to be expected from such a setup, however). As it stands, this is one of the most durable and supportive builds you can currently run while in a group.

The first thing to remember when choosing this build is: remember that it is designed for a party play and it will be much less effective when playing solo (however, with some Passives and Modifiers swaps, it is very possible to turn it into a solo build). As a Tank, you will be in the spearhead of your team's advances. You will be the one engaging enemies and you will be the one taking the most of the punishment associated with it. To make your main job satisfying and easily-executable, we have chosen a range of specially Modified skills. Wings of Ishmir will allow you to easily engage and group up bands of enemies so that they can all be affected by your AoE abilities. Sovereign Shout will work as an Area of Effect taunt paired with a solid debuff, that will make enemies less likely to overcome you. With Tracker's Reach, you will easily keep all nearby enemies in your melee range, which will help your teammates eliminate them with their abilities. The Bladestorm will enable you to deal solid AoE damage to all the gathered enemies yourself, and Juggernaut will greatly increase your survivability and, thanks to the Equalizor mod, you will be able to cast it on your allies, often saving them from certain death. If the above-mentioned description sounds fun for you, feel free to try our Tank build with a group of friends!

For this Tank build, you want to focus on Ferocity for increased offensive capabilities, but you also can't forget about your main role, which means that you should balance the Ferocity with a good amount of Toughness. If you feel comfortable and have good enough defensive gear, you can allocate more of your points into Ferocity. Toughness should be treated as compensation for lackluster gear and more points should be allocated there if needed. As for Wisdom and Agility, any points allocated to them are a waste, and you should avoid doing that.

Below you will find the recommended Passives for our "Shield Maester" Arms Maester build. It primarily utilizes Defensive Passives, but also ventures into the Warlock Archetype to grab "Duty to Exterminate", which synergizes with the Warmonger's Manic Slaughter. Build's Passives are allocated in a way that increases Survivability, Block, Resource Generation/Savings, and of course Life Leech, but they also provide some much-needed Damage (despite being a designated Tank, the character that uses this Build should be able to pull his weight on the offense). 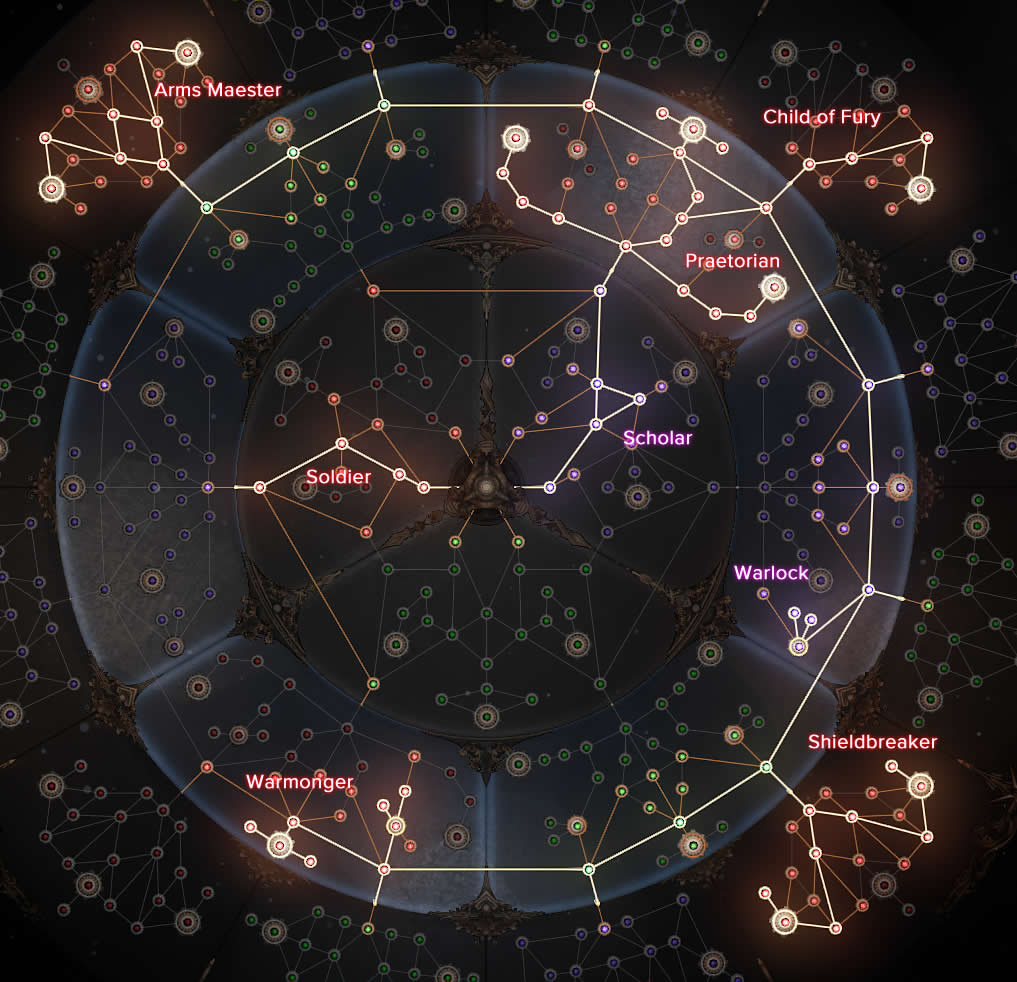 Note: This build is based on a set of Melee skills and assumes that the player uses a Shield. We recommend Sword & Board setup, but Shield can possibly be switched for Catalyst, together with some of the Active Skills (if you go for Catalyst, you can switch Wings of Ishmir for Aether Jump, for example).