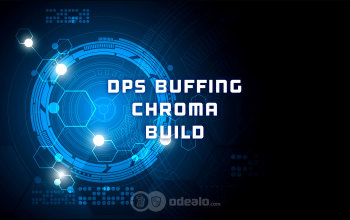 Try the best DPS buffing Frame in the Game. At the same time, it is one of the most sought-after teammates for Eidolon Bosses

Chroma fell a victim of its' own popularity. After recent nerfs Chroma still remains a solid Frame, but it is surpassed in almost every aspect by other Frames. Chroma is very durable making it one of the best Tanks and has the Elemental Alignment passive which is very useful, which allows it to be easily adjusted to different Missions without excessive customization. What makes Chroma stand out is its' Vex Armor ability which grants one of the highest DPS buffs in Warframe. For that very reason, Chroma is often picked for Eidolon Bosses.

In this build, mods are the standard choice for a Support/Tank Frame. You should aim to maximize Ability Strenght and Duration, and also add a few Mods to boost your own defenses. Our recommended Mods should grant up to over 900% DPS Buff for you and your allies with the Vex's Armor, and at the same time provide enough defenses to stay alive while facing even the most challenging content. With the following Mods your attributes will be at: