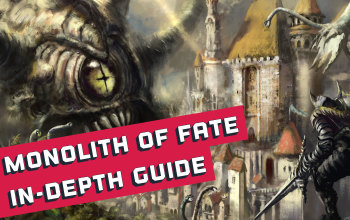 Time travel is a big part of Last Epoch's lore and gameplay. The game allows us to live through all the different possibilities of Eterra's history and even create new timelines by affecting the past. A large part of this mechanic is related to the Monolith of Fate, which is one of the Last Epoch's major End-Game features. In this guide, we'll explain what the Monolith actually is, how it works, and what different Timelines are there for you to live through.

The Monolith of Fate is comprised of 10 different timelines. Each of these timelines tells an alternate flow of events. They can be progressed by completing their Echo Missions. Each of these missions takes place in a specific Zone and has a distinct Quest Objective. There are three missions per Timeline. Enemies inside the Echoes will often have modifiers, granted by the Echoes, that improve their drops and affect Experience gained; these modifiers can last a set number of Echoes. To complete the Timeline, you have to finish its 3rd Quest Echo. New Timelines are unlocked as you progress through them.

If you are already progressing through the Monoliths yourself, you might have noticed the Corruption that can spread across your Timelines. This mechanic and the corresponding Orobyss Boss that's associated with it has been described in a separate article that can be found here: Monolith of Fate Corruption and Orobyss Boss Guide

Now, with the basics out of the way, let's take a closer look at Monolith of Fate's mechanics and features: