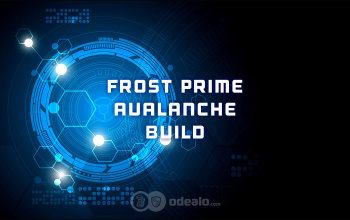 Frost is one of the most popular Frames for Defense and Excavation Missions. It's not exactly a Frame designed for playing Solo, but even there he is quite solid because of his Area Crowd-control abilities and its' durability. This build revolves around maximizing Frost's Shields which are above average and Ability Power to fully utilize the potential of the Avalanche skill.

Our recommended Frost Prime build is based on maximizing Frost's Shield and its' regeneration rate. At the same time, in order to utilize Frost Prime's 4 you should prioritize Ability Power over Ability Range. With the recommended Mods your stats will be at: