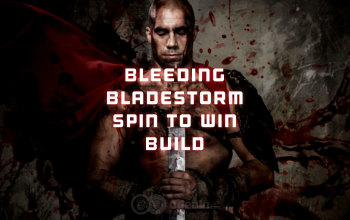 Bladestorm is a spinning attack similar to Cyclone/Whirlwind in Path of Exile/Diablo so as a Wolcen player, you will be most likely familiar with that playstyle. Bladestorm offers very good AoE and has very high pack clearing potential. It's currently the most popular and smooth Melee Attack in the game, so if you want to play a Melee character, you should definitely check it out! The following setup was made for a level 80 character with 80 Passives.

Important note: This is a beta version of our Bladestorm Spin-to-Win Build that we are currently working on. It works great on mid-tier levels, but since the game has just launched it wasn't thoroughly tested vs end-game enemies/Bosses, etc. You should expect updates and tweaks coming up soon. Still, if you follow it up as it is, you will surely enjoy

This is an extremely smooth Melee build that targets all enemies around you, dealing extremely quick Area Damage. It becomes a bit more complex against harder Bosses, as you need to combine several utility skills to deal significantly higher damage (Bladestorm is not your Impale Cyclone from PoE and it won't let you breeze through end-game on its own). For that purpose, you will be using Blood for Blood, which increases your Rend damage based on the amount of Health you and your enemies are missing, and also Bleeding Edge, which thanks to Unstoppable Momentum and Astral Orbit Passives, can be treated as Passive skill that creates Axes that orbit around you whenever you move, dealing damage in a circular area around your character. Sovereign Shout is also very important DPS-wise, increasing your Attack Speed and generating extra Rage. For the defenses, this build relies on high Health and Life Leech. You can also freely spend more points into Toughness if you feel squishy, it's one of the best and well-rounded attributes in Wolcen.

Primarily, you want to focus Ferocity for increased Attack Critical Strike chance, and the highest DPS bonus, but you shouldn't forget about Toughness for increased Health and defenses. You can balance your stats between Ferocity and Toughness depending on your personal preferences. It's also critical to spend some points into Wisdom as it increases your chance to inflict ailments on enemies with your Attacks, whereas Bleeding inflicted by your Rend damage is your primary source of DPS in this build.

*Ferocity and Toughness should have about 75% of your combined attributes

Below you will find the recommended Passives for this build. It utilizes several different subclasses for the best performance, and currently, there are approximately 70 Passives allocated. Below you will find the exact explanation of major nodes taken, whereas the sub-classes are placed in the order they should be picked up when leveling up. 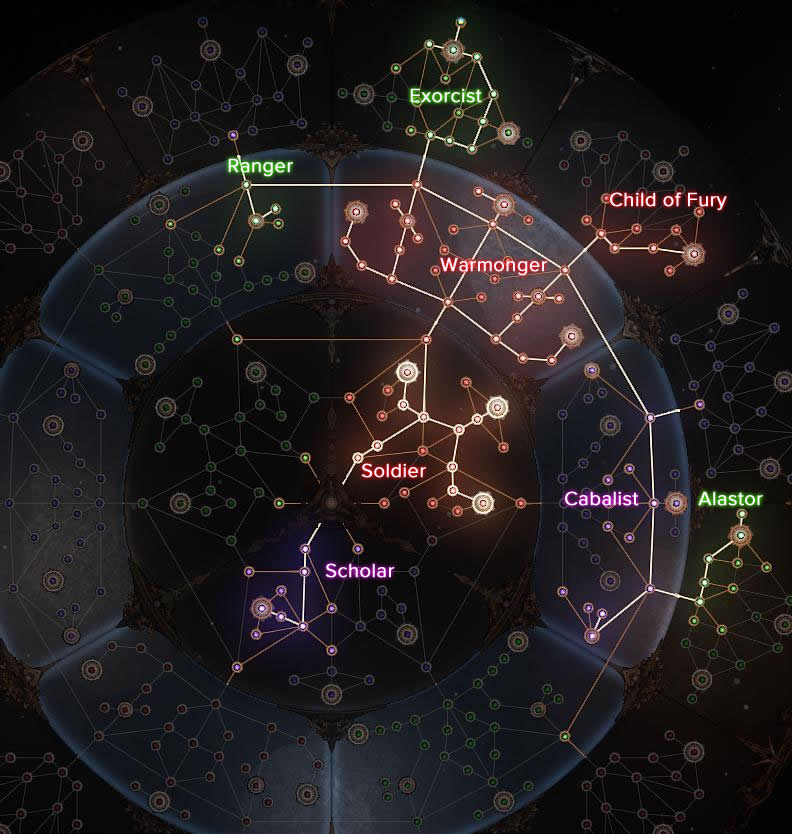